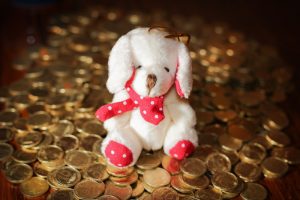 After the failure of Asia-North Europe carriers to push rates up before the start of the Chinese new year, shippers expect prices to fall immediately afterwards by as much as $200 per teu.

One UK-based shipper told The Loadstar this week he had been obliged to pay a premium before the CNY to guarantee shipment, but fully expected to get that back, “and more”, by the end of the month.

Analysts agree rates will come under pressure after the new year holiday. Drewry said: “We expect freight rates to decline on account of a demand slump.”

Carriers must be disappointed they could not take advantage of full ships in the final weeks of the Chinese year of the rooster to drive up container spot rates, which, suggested consultant Clipper Maritime, “may be due to some carriers aggressively protecting market share”.

The Shanghai Containerized Freight Index (SCFI) recorded a 1% drop in spot rates for North Europe, to $905 per teu, with rates to Mediterranean ports unchanged at $791 per teu.

A further concern for carriers on the route is that many have yet to conclude their contract rates with customers, who will be less likely to agree any increases against a backdrop of a softening spot market.

Speaking during the Maersk group Q4 earnings call last week, CCO Vincent Clerc said Maersk Line was signing new contract rates at “slightly above the bunker increase”, but added that the line was only “a little bit over halfway into the renewal of [all] our contracts”.

Mr Clerc said contract business represented “just under half of what we do”, with the rest negotiated for the short term, adding: “So there it’s a bit more negotiation on a week-by-week or month-by-month basis.”

One forwarder told The Loadstar recently some Asia-North Europe carriers, including Maersk Line, were walking away from long-term contract negotiations if they could not get an increase.

“They are playing hardball as they are worried about fuel costs,” he said.

Mr Clerc said last week the halving of the number of global carriers was “taking an increasing part of the conversations with customers”, adding: “They have fewer alternatives now.”

Meanwhile, the Asia-US component of the SCFI was virtually unchanged at $1,484 per 40ft for the US west coast and $2,767 for US east coast ports, thus holding  the GRI gains achieved in January.

Clipper Maritime said it expected growth in the “3-5% range” for the transpacific this year, versus the near 6% expansion in 2017, with US Gulf and east coast ports taking more cargo from the west coast as the rate differential is reduced.

It said: “With much larger ships moving through the widened Panama Canal, reduced operating slot costs means ocean carriers can offer lower rates – but only if ships are full.”