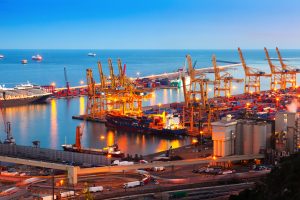 Reports of full vessels from Asia to Europe and the US failed to make much impression on container spot rates this week.

Prices only edged up marginally on both trades and remain significantly below the levels of a year ago.

The Shanghai Containerized Freight Index (SCFI) recorded a miserly 1% uplift in spot rates to North Europe, to reach $897 per teu, while for Mediterranean ports the index showed a more satisfactory 2.8% increase, to $759 per teu.

UK forwarders are reporting rates being  increased by carriers from Asia ports by around $400 per 40ft on 8 January, below the planned $1,000 per teu hikes announced a few weeks ago.

Although carriers may not be too displeased at the current level of spot rates on the trade, it is worth recalling that in the same week of last year, the SCFI recorded a rate of $1,086 per teu for North Europe and $1,028 per teu for the Mediterranean.

Meanwhile, despite the pre-Chinese New Year rush, spot rates from Asia to the US west coast, as recorded by the SCFI, increased by just 3.3% to $1,514 per 40ft.

However, carriers serving the US east coast ports fared better, with the SCFI component up 7.5% on the week to $2,608 per 40ft. These rates are still far below the level of a year ago, when the SCFI US west coast rate stood at $2,211 and the US east component $3,700.

Neil Dekker, consultant at ClipperMaritime, said carriers were reluctant to push through rate increases on the major routes because, despite the high load factors, they are concerned they will lose market share.

He said: “While carriers have managed to get some traction with their latest GRI attempts, the uptake to Europe is not as significant as to the US, for example. If nothing else, this proves that lines are slightly reticent on an individual basis to really push the GRIs for fear of losing cargo.”

And this caution also seems in evidence in the tonnage strategy of the carriers, given reports this week of Cosco and Yang Ming postponing the delivery of a number of newbuild vessels from this year to 2019.

Lars Jenson, chief executive and partner at SeaIntelligence Consulting, said it represented “good news” for the liner industry and a “positive sign for market developments in 2018.

“Of particular importance is that Cosco now stands to receive only half the number of vessels larger than 14,000 teu in 2018 than originally planned.”

He added: “One of the major risks for 2018 has been that Cosco would be forced into aggressive pricing action to ensure proper utilisation in the phase-in of the larger vessels delivered in 2018. With the postponements, this risk is not eliminated, but certainly reduced.”

And to underpin what gains carriers have made, yesterday OOCL published a list of post-CNY blanked US west and east coast sailings, in “response to the expected low demand”.