4
May
Posted by Richard Strauss
Category:
No Comments 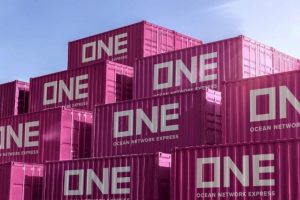 The three carriers have signed off their final annual accounts covering the period before the transfer of their container businesses on 1 April.

Henceforth, the Japanese trio will record container earnings through their equity in ONE, in which NYK holds a 38% stake and K Line and MOL a 31% share each.

MOL incurred a ¥47.4bn ($430m) net loss for its fiscal year ending 31 March which it blamed on losses “related to business restructuring”.

It decided to take a hit in its 2017 accounts for losses in relation to the integration of the business into ONE, which are projected to be incurred “from 2018 and afterwards”.

It said these included losses expected to be incurred on the “charter-out of vessels to ONE, losses on liquidation of the company’s agencies and others”.

However, MOL’s compatriots, NYK and K Line, were still able to record net profits of ¥20.1bn and ¥10.5bn respectively in their 2017 accounts.

In its final individual comment on liner trades, NYK reported that “shipping traffic was brisk along transpacific routes”, but added that increases in spot rates had “largely come to a standstill due to the impact of growing shipping capacity”.

It attributed the cause of the overcapacity to “the production of new ultra-large containerships”, but said it was itself migrating to ULCVs to “optimise vessel assignment and economic performance”.

It said: “Steady demand growth is expected against a background of a relatively favourable global economic situation, so the demand-supply will be stabilised on a mid-term basis.”

According to ONE, $430m will come from savings on operational costs, such as feeders, trucking and terminal charges, where it will not only use the lowest tariff of the three carriers, but also negotiate reduced rates for higher volumes.

A further $370m is expected to be saved in IT costs and “rationalisation of the organisation”, with the final $250m annual savings gained from a reduction in bunker consumption and “product rationalisation”.

ONE said it had seven newbuild vessels of 14,000 teu planned for delivery this year and expected its total fleet at the end of its 2018 fiscal year to consist of 224 ships, amounting to 1.55m teu.