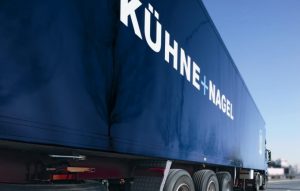 There could something fundamentally wrong in an industry where the market leader and other players experience huge swings in working capital management (WCM), leading to tighter short-term liquidity.

That is usually true when most of the players in a sector are financially weak, particularly with capital heavy businesses.

But that is not the case with the world leader in ocean freight, Kuehne + Nagel. However, its performance in the first nine months of the year should raise eyebrows, as far as WCM is concerned.

And some of its latest financial developments could herald the start of another difficult stint for the carriers.

WCM-related cash outlays might just be a hiccup at K+N, but I have decided to focus on its short-term liquidity affairs – a rather dry topic perhaps – before exploring, at a later date, the truly exciting prospects, for the bears at least, of two companies whose fortunes are intertwined with those of the Swiss forwarder: Taiwan’s Yang Ming and Hong Kong’s Seaspan.

Why? Because its receivables are trending up in a rather unusual fashion, based on historic data.

Higher volumes determine higher revenues and usually surging credits against clients, heightening counterparty risk; while it is easy to argue that the anomaly of significantly higher trade-related credits to be collected within one year – this is what trade receivables are – is related to seasonality. However, the financial constraints of some of the carriers with which K+N deals daily may have something to do with it.

(Source K+N 2015 results, pre-consolidation in the container shipping industry, and before the latest alliances emerged)

The K+N story is of a business that is rock-solid financially, but also one that is not immune to the vagaries of the global economy, where volumes are ok, but profitable volumes are not.

Its earnings growth trajectory in recent months testifies to that, and its core cash flows and WCM performance have had me thinking increasingly that: a) its rich payout dividend ratio might become unsustainable through to 2018; and b) it needs a corporate strategy for which its managers are, quite simply, unprepared.

This has become more apparent following the release of its nine-month results this week, which were uninspiring, to say the least, and – unsurprisingly for our readers – pushed down the stock almost 6% in two trading sessions, with most of the losses coming on the day its trading update was released.

It is fairly straightforward: freight forwarders have no or little inventories on their books – unlike their customers – so WCM mainly refers to the way receivables and payables are managed, and their changes over a period of time. If receivables rise, core cash flows will be negatively impacted, and should be offset, fully or partly, by a drop in payables, and vice versa.

While K+N’s operating earnings are slowly growing, they are not growing fast enough.

We are also familiar with brokers’ expectations, which simply remain too high into the fourth quarter, not only for the market leader, but also for many of its competitors. Cash flows and WCM trends, rather than meaningless headline figures such as net revenues (given current trends for costs of goods sold) clearly show the extent of the problem.

When it reported third-quarter numbers one year ago, the group said the target was to maintain “working capital intensity at 3.5 to 4%”. Working capital intensity roughly equals (receivables minus payables)/annual gross turnover, but conveniently, I could not find a mention of guidance this year, and that ratio has deteriorated swiftly in recent months.

So far this year, cash outlays from WCM have been significant, as the table below shows.

But what is truly remarkable is the latest level of receivables (Sfr3.495bn, including other minor “work in progress” items) as gauged against historic trends, at a time when cash balances have fallen significantly, again based on K+N’s comparable trailing figures.

At the end of December 2016, trade receivables stood at Sfr2.6bn – notably, that is some Sfr600m lower than at the end of the third quarter this year, as the table below shows.

That amount was broadly in line with almost Sfr2.5bn of receivables in most years since 2010, as the following three tables show.

Meanwhile, the trough in receivables was indeed 2010, as the table below indicates.

Net working capital, as shown above, was Sfr843m at the end of September this year. It is above historic trends, while working capital intensity is closer to the levels we witnessed between 2013 and 2014, as shown in the following tables, which clearly now point to heightened dividend risk, among other things.

Receivables are growing more rapidly than payables, which puts more pressure on cash balances, all other things – cash flow from financing and investing – being equal. We are actually in a market where the balance between the receivables and payables is skewed towards the former, but more attention must, in fact, be paid to the latter.

All of this makes me think that current market conditions could force K+N’s rather conservative management team to consider more creative alternatives – M&A anybody? Otherwise this could easily be a slow path to value destruction. And for these reasons, unless I am missing something obvious, for the time being I am happy to abide by an old saying in finance, according to which revenues are vanity and earnings are sanity, but core cash flow – and working capital management with it – is reality.