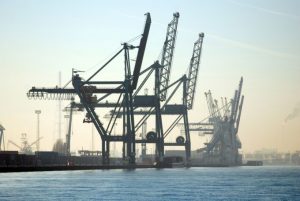 Annual contract negotiations for container shipping freight rates between Asia and North Europe are “progressing well”, according to one carrier source.

Some early deals have been done showing a 10% mark-up on current rates.

Meanwhile, spot rates remained stable this week, with the Asia-North Europe component of the Shanghai Containerized Freight Index (SCFI) ticking up 3% to $751 per teu.

And spot rates for Mediterranean ports were virtually unchanged, at $600 per teu.

Carriers have announced new FAK rates effective from the middle of the month which, for the most part, are unchanged. For example, CMA CGM’s Asia-North Europe FAK rates from 16 December of $950 per 20ft and $1,800 per 40ft – are effectively unchanged.

Despite the absence of a winter blanking programme, carriers on the route seem to have stabilised rates at a critical stage of early contract negotiations.

One UK forwarder told The Loadstar this week there were still lower rates in the market, but they came without protected space guarantees.

“We will still use the cheap rates,” he said, “it all depends on the urgency of the boxes, but if we need certainty then we will ship on our VIP contracts.”

This two-tier rate strategy, adopted by many of the carriers, is making the link between spot and contract rate levels more tenuous than in previous years. Indeed, Drewry noted that spot rates between Asia and North Europe were some 20% weaker than a year ago.

But, while acknowledging that the lower rates do exist, carriers are pointing to the lack of space guarantees attached to those agreements when renegotiating contracted business.

Elsewhere, spot rates on the transpacific declined on the week, as the gains from December GRIs fell away. The SCFI recorded an 8.4% drop for rates to the US west coast to $1,078 per 40ft and a 5.1% softening for US east coast spot rates to $1,804 per 40ft.

Nevertheless, most analysts are bullish on the prospects for contract rate hikes on the transpacific when deals are done in April/May, with rate increases ranging from 5% to as high as 40%.

For example, SeaIntel’s recent review suggested transpacific contract rates could increase by 30% next year, and that shippers might even need to prepare for a 40% hike.

SeaIntel chief executive Alan Murphy explained: “The contract market is presently 30% lower than where spot rates imply they should be; this indicates that if spot rates can be maintained, there is a potential for a contract rate increase of 42% from the current levels in order to regain the balance between spot and contract rates.”

The unknown factor here is if demand tanks and the carriers start another price war.

However, Drewry said that it “did not expect a price war” on the transpacific, but added a caveat that new market entrants on the Asia-US east coast tradelane could “trigger some rate decreases”.