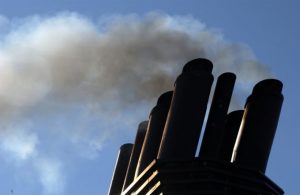 MSC and CMA CGM have followed Maersk Line in announcing plans for surcharges to recover the cost of compliance with the IMO’s 2020 0.5% sulphur cap regulations.

The French carrier said that although it was “in favour of using LSFO (low-sulphur fuel oil) for its fleet” it was also “ordering several scrubbers” – exhaust gas cleaning technology that allows ships to continue to burn the cheaper 3.5% sulphur content HFO (heavy fuel oil) after the 1 January 2020 enforcement date.

CMA CGM also confirmed again its nine ultra-large 22,000 teu newbuilds, to be delivered from the end of next year, would be powered by liquefied natural gas (LNG), which conforms to even tighter sulphur caps but is regarded as impractical to retrofit to existing vessels.

It said “all these measures represent a major additional cost” which it estimated, “based on current conditions”, at “an average of $160 per teu”.

CMA CGM said the recovery would “be taken into account through the application or adjustment of fuel surcharges on a trade-by-trade basis”, but did not say when the increase would come into effect.

MSC – Maersk’s vessel sharing partner in the 2M alliance – said its operating costs were expected to “increase significantly as we continue to prepare for the low-sulphur fuel regime”.

It added: “The cost of the various changes we are making to our fleet and its fuel supply is in excess of $2bn per year.”

MSC said it would introduce a “new global fuel surcharge” on 1 January 2019 to replace its existing bunker surcharge mechanisms. It would, it said, reflect “a combination of fuel prices at bunkering ports around the world and specific line costs such as transit times, fuel efficiency and other trade-related factors”.

MSC is one of several carriers, including Evergreen and HMM, considering having scrubbers installed on newbuilds and retrofitting existing vessels with the technology.

This has received significant criticism from shippers and forwarders, who have complained that Maersk’s BAF calculations “lacked transparency”.

There have even been suggestions that the liner industry, in its endeavours to recoup the cost of switching to low-sulphur fuels, was exploiting the situation with “blatant profiteering”.

A spokesperson for Maersk Line told The Loadstar today that it had had a “positive dialogue” with its customers concerning the new BAF and that “the predictability” had been “well received”.

Maersk, MSC and CMA CGM are so far the only major carriers to announce proposals for recovering an estimated $15bn in extra costs per year of bunkering ships with compliant fuels. However, so far there is no detail on how the surcharges would be calculated on ships fitted with scrubbers.

Nevertheless, given that it is expected that the vast majority of containerships will need to bunker with LSFO, carriers will need to begin recovering the costs from the fourth quarter of next year as the operators replenish the tanks of their vessels in readiness for the 1 January 2020 enforcement date.