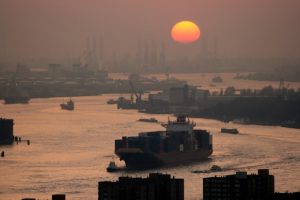 Growth on the head-haul Asia-North Europe trade in the fourth quarter last year was weaker than expected, according to the latest data from Container Trade Statistics (CTS).

With December numbers still to come, Drewry said demand growth had “tailed off” in October and November, falling 1.6% and rising just 0.1% year-on-year for the two months, respectively.

The data is surprising, given that during the period The Loadstar was receiving anecdotal reports of containers being rolled over and shippers being asked to convert to more expensive, so-called